RTO Form 4: Application for Licence to Drive a Motor Vehicle

In India, according to the Motor Vehicles Act of 1988, it is compulsory, to hold a valid Driving Licence for riding two-wheelers and four-wheelers. However, you cannot apply for a permanent driving licence directly. Candidates first get a learner’s licence; one month after the issue of this permit, you can appear for a driving test in front of the Regional Transport Office (RTO) authority for a permanent licence. RTO form 4 deals with the Driving Licence application for a particular state. Applicants should also be at least 18 years of age for driving a motorcycle or four-wheeler with gear. Usually, the licence is valid for 20 years, or till the candidate attains 50 years (whichever is earlier).

How to fill RTO Form 4 Application?

RTO form 4 has three parts- the first part deals with the address of the Licensing Authority, type of vehicle, and affixing a passport size photograph. The second part contains information about personal details, and the third part is the certificate of the test of competence to drive. Here is the step by step process of filling up the application. 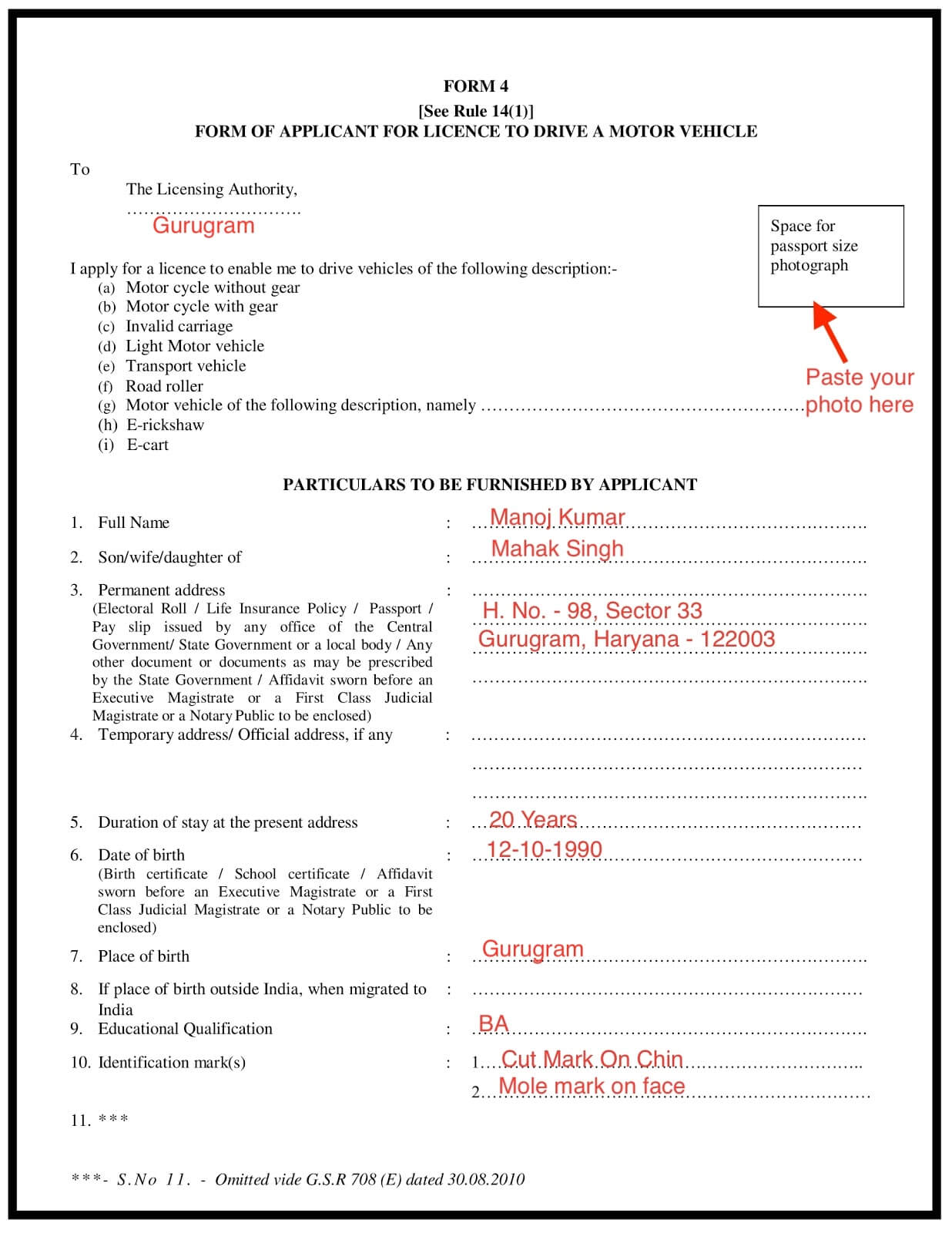 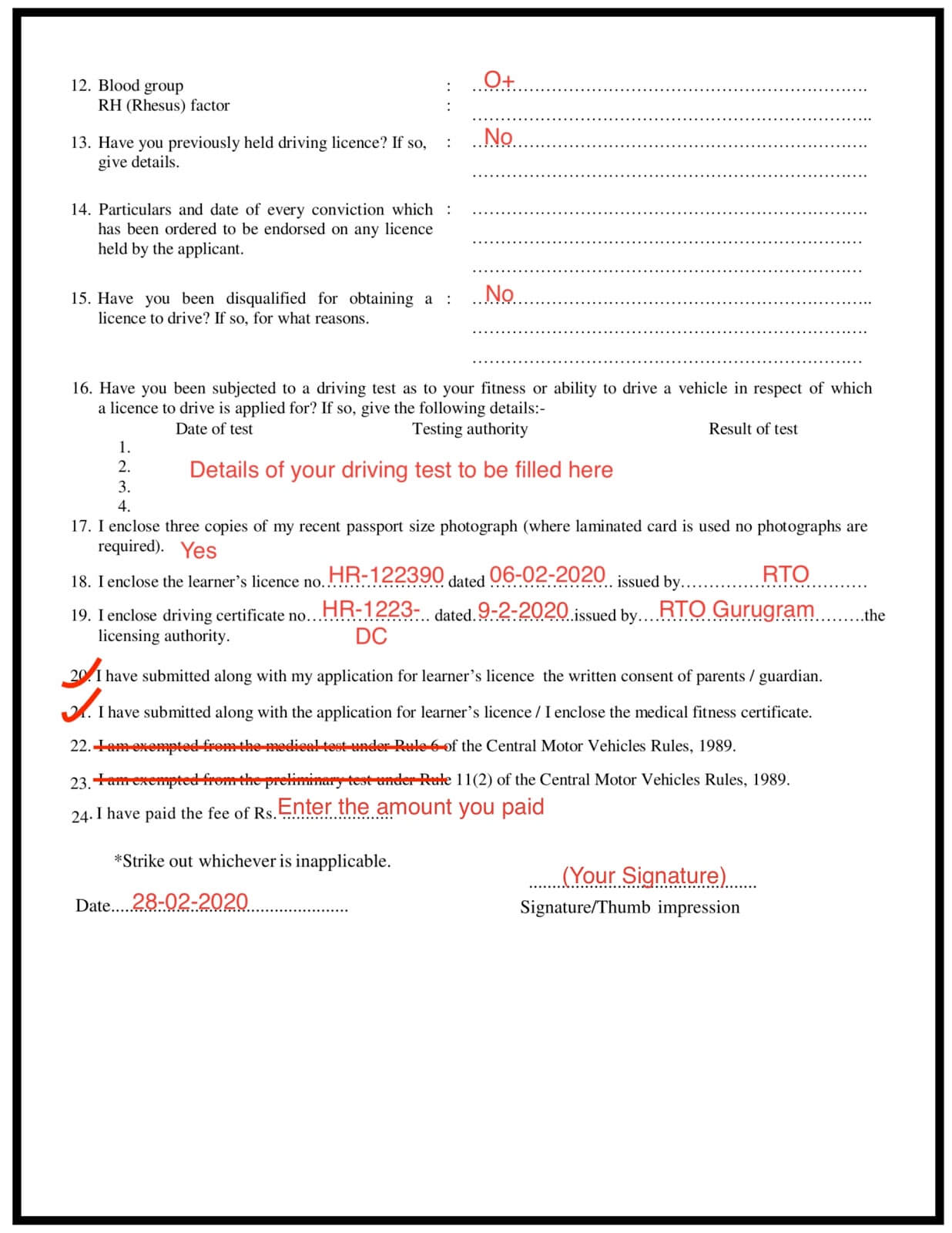 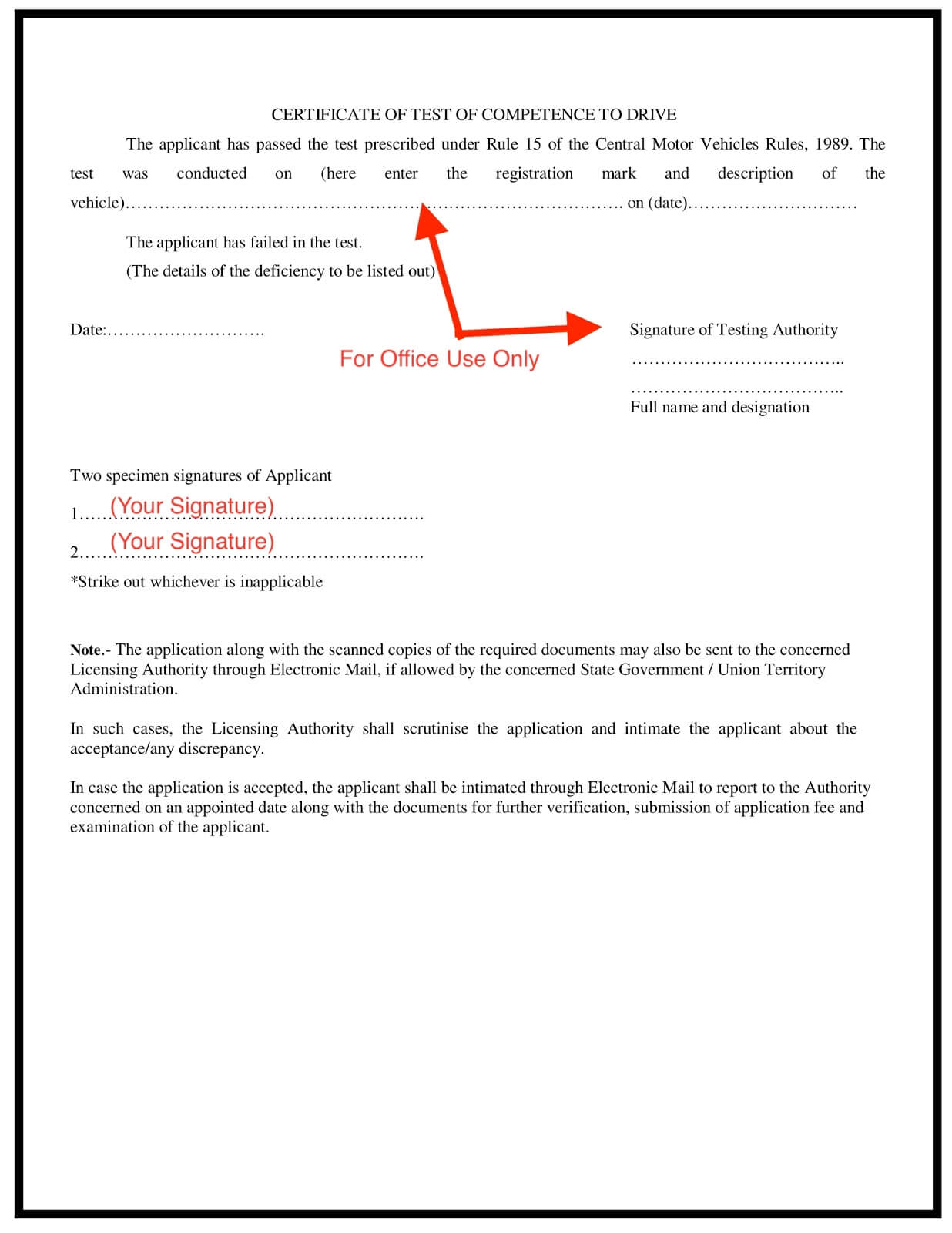 Documents to be Attached

Download Application for Licence to Drive a Motor Vehicle

Key Factors to be considered while filling Form 4

Finally, it would be right to say that RTO form 4 is one of the most crucial applications in the ‘Driving Licence’ category. Successful submission of this document helps in the verification of personal details and appearance for the driving test. Without holding a valid licence, you cannot legally drive a two-wheeler or four-wheeler on Indian roads.